VP Impressed with the Progress at Chingeni Tollgate Plaza 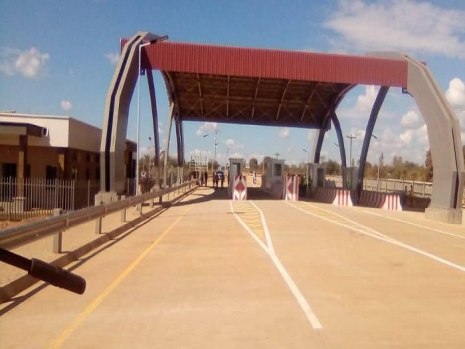 Chilima was speaking after visiting the plaza on Thursday in the district.The plaza is located along the Blantyre – Lilongwe M1 Road. Proceeds from the facility are expected to help finance the country’s road network.The tollgate combined with another one at Kalinyeke in Dedza are expected to generate a combined total of about K5.2 billion per year.Chilima has since described the construction of the tollgate as a great milestone.He said funds generated from the facility will complement Government efforts in the timely maintenance of the country’s roads.

“Let’s at least start using this facility by September so that it serves its intended purpose,” Chilima added.

While taking heed of the call from Chilima, Chief Executive Officer for the Roads Fund Administration, Stewart Malata, said funds generated from the facility will be put to good use.

“Let me assure all Malawians that the funds realised from this plaza will be put to good use,” Malata said.

Construction of the plaza started in July 2020. Its construction was initially expected to have ended in December 2020.

Authorities have attributed the delay in completing construction works to challenges in mobilising resources from outside Malawi, due to the disruptive impact of the COVID-19 pandemic.